Shaping The Future Of Gaming With Unreal Engine 5 Game Development Have you ever played Fortnite or Street Fighter 5? Haven't you?

These are the prominent games in the gaming industry. Unreal games are the reason to make them great buzzwords today. The Unreal game engine is getting popular and in demand. The most important investment in today's gaming world is the Unreal engine development.

So, are you ready to take a gigantic jump in the gaming industry? Suffescom Solutions Inc. can help!!!

We are counted as an emerging NFT game development company that will provide you with the foundations to get started with the development phase of your game. But, before proceeding, we need you to clear our thoughts about the game engine with this tutorial.

Let’s brush up on our Unreal engine thoughts.

Get Started With Unreal Engine 5

Unreal Engine 5 (UE5) is one of the most prominent and popular game engines. UE5 is a free software used by game developers to create 3D graphics and realistic environments. It delivers a real audio-visual experience for the next-gen games. 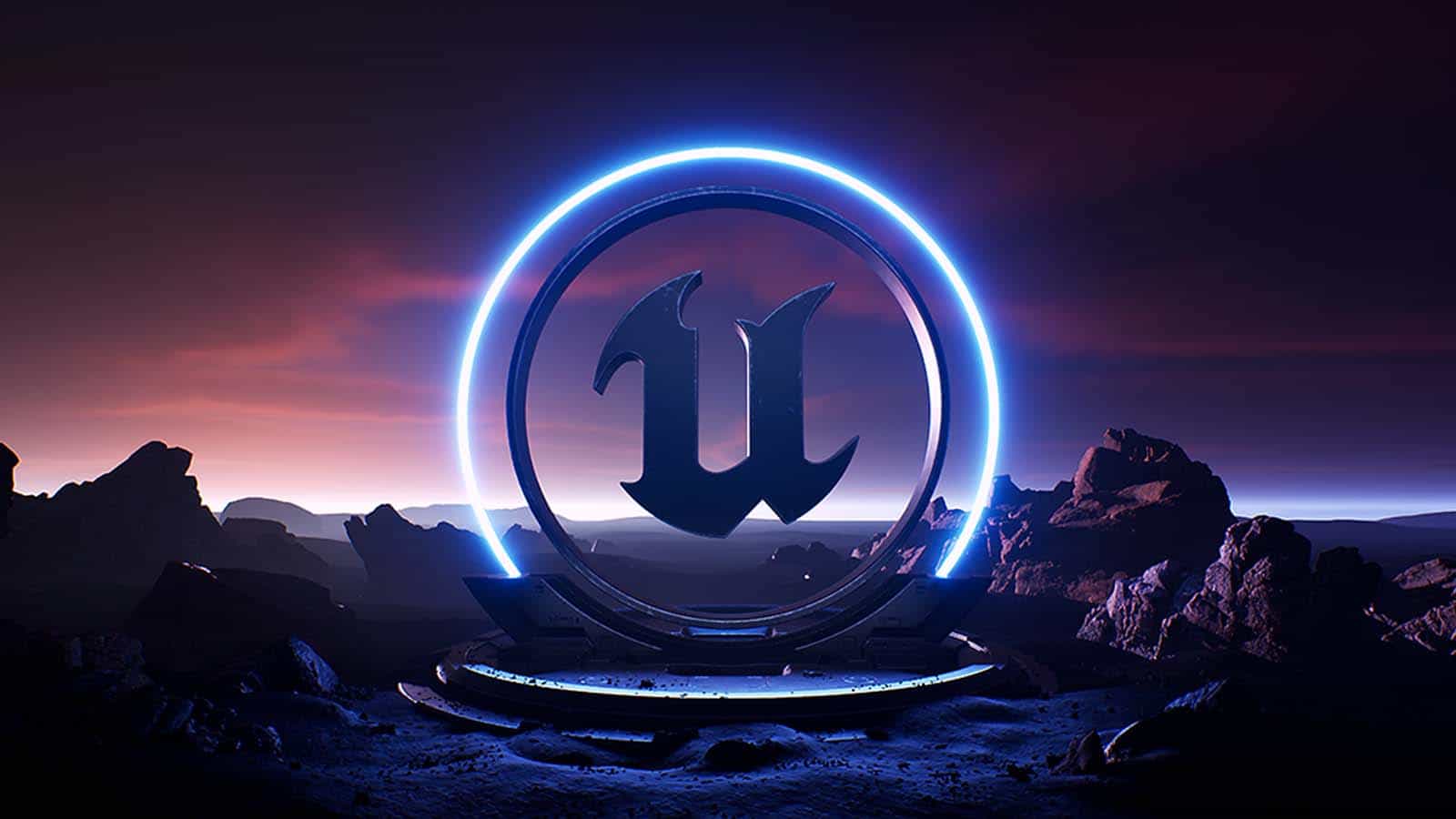 Get Started With Unreal Engine 5

Unreal Engine 5 (UE5) is one of the most prominent and popular game engines. UE5 is a free software used by game developers to create 3D graphics and realistic environments.

Unreal Engine 5 combines tools to create a realistic environment across various platforms, including VR, AR, and MR. It helps developers and game designers to build life-like video games. The UE5 provides open access to the source code from novice developers to highly experienced game developers to bring their ideas to life.

Nanite is a virtual micropolygon geometry system that lets developers use high-performance art assets. In previous versions, using these art assets slowed down the performance, and developers needed to scale down these assets called "Baking Meshes." Using Nanite technology, you don't need to bake your meshes. With Nanite, developers can easily integrate movie-quality assets into the game with no performance issues.

Lumen is a fully dynamic global illumination system responsible for handling the lighting of the gaming world. For example, it changes the game lighting according to factors like the angle of the sun's rays. Its dynamic feature allows just to drop the lights accordingly and take care of the rest. The lights in the editor are similar to the final look of the game lighting.

Unreal Engine 5 levels up the process of creating open worlds to speed up the creation and easy collaboration. It includes World Partition System that divides the game world into a grid and only uses the grid cell needed at that particular time. With Data Layers, NFT developers create various zone variations in the game world. One File Per Actor System allows developers to work separately on the same map region efficiently.

Unreal Engine 5 uses the Control Ride animation toolset to create and share character rigs. Developers can save and apply poses to create more natural movements. Additionally, users can easily manage the audio with the UE5 MetaSounds. It improves the workflow with an amazing game sound experience.

Unreal Engine 5 is becoming a game changer for virtual product development. With UE5, creators collaborate in real-time to empower the team to deliver the best experience for the end users.

Unreal Engine 5 is a blend of unique features to render the real-time world in high-fidelity detail. Talking about Lumen, a dynamic global solution allows you to create realistic scenes that come down to the lightning. It enables you to match the light with the time of the day, adding a shot beam, and more. Users don't need to open the lightmap UVs, or bake the lightmaps; instead, you can add or edit Unreal editor lights.

Virtual Shadow Maps (VSMs) work with Lumen and Nanite to offer users soft shadows at a reasonable cost. VSMs draw call constraints, eliminate unnecessary details, and only process the details you can retrieve to make you focus on creativity.

Next-gen consoles come up as the players expect. Temporal Super Resolution (TSR) is a high-quality, independent system that helps the engine to render at lower or higher resolution with similar fidelity pixels to provide better performance.

Unreal Engine 5 facilitates an open world with a World Partition system to change level management and to stream to make it faster, reliable, and collaborative.

With the One File Per Actor (OFPA) system, members can work in the same region of the world. Data Layers help members to create various variations of the world like time versions and layers of geometry that exist in the same world space.

Large World Coordinates (LWC) provide initial support to perform groundwork to create a massive UE5 world. It doesn't require rebasing or any other way to accomplish this task.

Unreal Engine 5 helps you create context animation, use previously created spirits, and select animations per gameplay conditions. UE5 provides a robust artist-friendly tools suite to work with the Unreal editor. Enhanced Production-ready Control Rig enhances the highlights that easily create rigs to share across numerous characters. Animate rigs with the Sequencer to save and apply poses with the Pose Browser feature.

The UE5 toolsets enable an easy and reusable way for existing animations. Transfer animations between the game characters with IK Retargeter. Additionally, you can adjust a character animation with the help of IK Rig.

Many new features adjust runtimes for different gameplay scenarios like unmatched speed and terrains for better immersion. With Motion Warping, you can dynamically change the character's alignment motion with a particular animation. Also, with Distance Matching, you can control animation play rate and adjust the better pose to match in-game character motion.

Unreal Engine 5 provides an additional UV editing, modelling, and baking toolset. This helps artists create assets with a powerful workflow. Many new and improved Mesh Generation and editing capabilities are available, marking a significant advancement. Supported by architectural developments that lay the groundwork for future tools, these changes include revisions to all of these areas.

Unreal Engine 5 provides an advanced appearance, continuous workflow, and screen optimisation to make it easy and fast. Use the entire Megascans library, including no seperate downloads with fully integrated Quixel Bridge. It is a part of Create Menu offering one location to create and place Actors, with easy and one-click workflows to make your scene popular.

Details Panel shows you the faster properties access, and Favoriting System keeps the most used properties at the panel list's top. It also gives one-click access to relatable property groups. Finally, it provides a fast workflow to create new projects on a single screen.

Unreal Engine 5 introduces a new way to create audio with MetaSounds, a system to provide complete audio and sound sources. It lets you manage all audio rendering aspects for next-gen audio experiences. MetaSounds provides a rendering pipeline that brings all the audio content creation perks.

Path Tracer is a DXR-accelerated mode introduced in the UE4 version that includes no additional setup. It enables you to create offline stunning final-pixel imagery for those who can create still imagery content. With updation in UE5, it delivers more stability, features, and high-performance that includes sample improvement, light transport, hair primitives, and more.

The Unreal Engine is the most powerful engine providing real-life graphics and sound effects. It is equipped with the proper official documentation and tutorials for users' ease. Have a look at the reasons why anyone must invest in Unreal Engine for game development.

It is an Open-Source Engine.

Unreal Engine is the most popular and economic open-source game engine globally. It is a very less-budgeted engine to develop your games with utmost features and product aesthetics. It facilitates investors with a huge price relief.

It has a Virtual Script Language.

Factors To Be Considered For Unreal Engine Game Development

The location of developers is the most important factor in Unreal engine 5 game development costs. Either choose the closest area and pay more or outsource the job to developers in a distant area and pay less. The final decision rests with you!

The final cost of developing Unreal engine games will increase with the game's complexity. When speaking with the game creators on game specs, it is preferable to keep the guideline in mind.

A sophisticated game requires your developers to devote more effort to it. As a result, your costs will go up, especially if the developers charge by the hour. Consequently, to reduce your expenses when creating, select a fixed-cost engagement model rather than one that is resource and time-based.

The audience is impressed with the features and functionalities. If your product has more features than typical platforms, users will respond to it better. However, adding features will increase the price of development. You will need to spend more if your Unreal game has additional features. Create your specification list following your financial constraints.

A reputable organisation helps you create cutting-edge games and offers additional product warranties. As a result, many investors incur considerable expenses and only work with reputable businesses.

High-quality, realistic graphics are key to an Unreal engine game's success. The cost of creating elaborate graphics, however, increases with game production. Therefore, it is preferable to perform a financial analysis before choosing the visuals your Unreal game would probably support.

We provide a rewarding management feature in the admin gaming panel to offer attractive rewards to the game players that keep them in touch with your game.

We believe in top-notch platform security and protection. We integrate and configure the best blockchain game development technical support for your platform.

Our decentralised gaming platform lets you easily update your in-game data or other new arrivals without interference from any central authority.

The platform transparency attracts many users to your platform. Users can buy or sell virtual game assets with no public information display.

Unreal Engine 5 game development creates new ways of game improvements. This advanced game engine creates game characters, world-building, and installs game feature plugins in not much time period. The games developed in the Unreal Engine are impressive in nature that offers many benefits to the game investors and the players. The platform allows players to participate in the game's virtual economy and gain in-game rewards.

Get in touch now!